This game was played solo with 40mm 19thC Fictional armies using an adaptation of Medieval Mayhem. 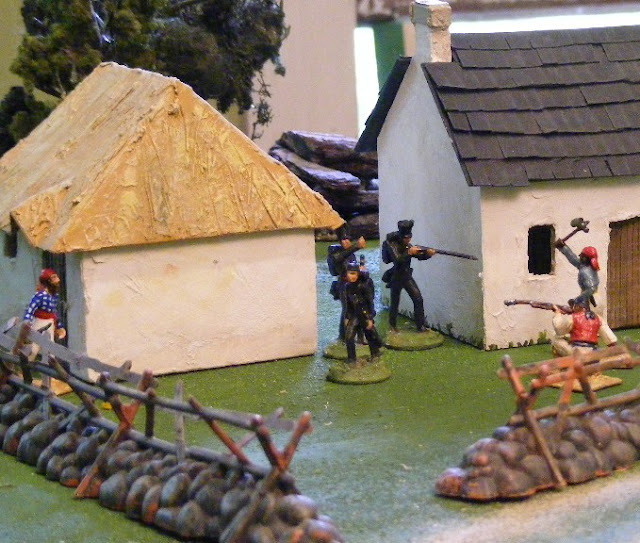 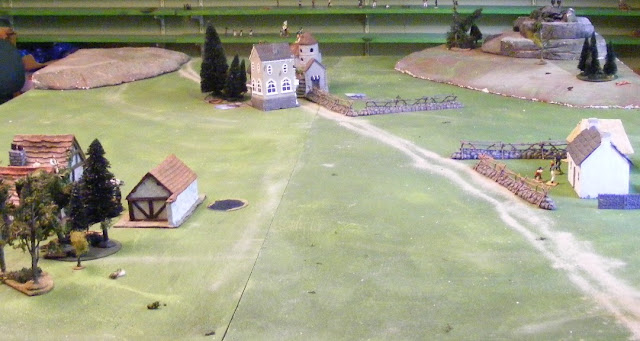 The hostage was secretly assigned to one house by the simple expedient of dealing 6 cards face down with the Queen of Spades indicating the hostage position. Captain Deadeye and 11 pirates were assigned as guards, 2 to a house to confound the Queen’s men. Captain Blunt, of the Devil’s Own, volunteered to lead a rescue party and was given a sergeant and 4 riflemen of the Victoria Rifles. This elite group, equipped with shooting, melee and morale bonuses, split into 2, crept up through the woods and checked out 4 of the houses. No hostages but the 8 guards were alerted and in a running fight, 2 pirates were killed along with the bold Captain Blunt, the blundering Sergeant Piper and Rifleman Tweed while 2 other riflemen skedaddled (since this required a 6 followed by a 6, it was naturally no surprise). The lone remaining riflemen, eyeing 10 pirates converging on his hiding place in the woods, took a quick vote and decided to report home for further orders. A fund drive to collect a ransom for Lord Dennis and his wife is underway
Posted by Ross Mac rmacfa@gmail.com at 2:41 PM